First, the definition and characteristics of static electricity
1. Definitions
Static electricity is the relatively static charge, which is the excess or insufficient static charge on the surface of the object; it is a physical phenomenon that the positive and negative charges on the surface of the object are separated.
2. Basic physical properties of static electricity
1 attract or repel each other;
2 Potential difference with the earth;
3 will produce a discharge current.
3. The characteristics of static electricity
1 High potential: The electrostatic potential of equipment or human body can reach tens to hundreds of thousands of volts, and the operation often reaches hundreds to thousands of volts. (People usually do not feel the static electricity below 3kv).
2 Low battery: usually millicoulomb (mC, 10-3C), microcoulomb (μC, 10-6C).
3 small current: mostly micro-ampere level (μA, 10-6A).
4 The action time is short: microsecond (μS, 10-6S).
5 Affected by the environment: In particular, due to the influence of humidity, when the humidity rises, static electricity accumulation decreases and static voltage drops.
Second, the cause of static electricity
1. Microscopic reasons (internal factors)
According to the theory of atomic physics, the material is in electrical equilibrium when it is electrically neutral. The gains and losses of electrons due to the contact of atoms of different substances cause the substances to lose their balance and generate static electricity.
A substance is made up of molecules. A molecule is made up of atoms. An atom is a negatively charged electron and a positively charged proton. Under normal circumstances, the number of protons and electrons of an atom is the same, positive and negative balance, so the phenomenon of no charge is exhibited externally.
When two different objects come into contact with each other, one object loses its charge, and the electrons transfer to the other object to make it positively charged; while the other object that receives some of the remaining electrons is negatively charged. If the charge is difficult to neutralize during the separation process, the charge will accumulate, causing the object to become electrostatically charged. That is, an object is brought into contact with other objects and it is electrostatically charged.
2. Macro Cause (External Cause)
1 friction between objects heat, stimulate electron transfer.
2 Contact and separation between objects produce electron transfer.
3 Electromagnetic induction causes an imbalance in the surface charge of the object.
4 The combined effects of friction and electromagnetic induction.
Third, the definition and method of electrostatic charging
1. Electrostatic charge definition:
Electrostatic charging includes all processes where positive and negative charges occur. Such as: through the solid and solid surface, solid and liquid surface contact, friction, collision, solid or liquid surface cracking and other mechanical effects generated by the positive and negative charge separation. It also includes the ionization of gases, the energization of jets, and the electrification of dust, snowflakes, and storms.
2. Electrostatic charging method:
1 frictional electrification: electrons are transferred from one object to another (electronic gains and losses);
2 contact electrification: In fact, the charge has been transferred. An electrically charged object is in contact with an uncharged conductor, causing the conductor to be charged with the same electrical charge process (proportional allocation);
Heterogeneous charge contact, first split after neutralization.
Law: Two identical conductors are in contact and the remaining power is evenly divided.
3 inductive electrification: When a charged body is close to a conductor, the conductor is brought near the charged body with a different charge, and the far end is charged with the same number. This phenomenon is called electrostatic induction.
Law: Heterogeneous charge is induced at the proximal end and the same charge is sensed at the distal end.
The electrification method also includes: thermoelectricity, piezoelectricity, turbulence, freezing, electrolysis, and temperature difference.
The physical process of static electricity:
Contact, separation and induction → charge transfer → formation of even layer → charge separation → electrostatic generation
The essence of electrification:
No matter what kind of electrification method, the essence is to separate the positive and negative charges, so that the charge will be transferred, not to create a charge.
3. Factors that affect the electrostatic charge of materials:
1 The material itself plays an electrostatic property. The microstructure and properties of the material are the main factors that determine the electrostatic charge sequence and directly affect the size of the electric symbol and the charge amount:
i: Chemical composition inside the substance.
Ii: Chemical composition of the surface of the material (eg, contamination, oxidation, adsorption, etc.).
Iii: Molecular structure, orientation (elongation changes molecular orientation to change the charged state), crystallinity.
Iv: The shape, size, and spatial position of the object (the limit value that determines the amount of charged electrical energy in the object).
2 Tightness of contact, pressure, speed of friction:
Friction, pressure and other factors are not necessary conditions for electrostatic charging. A simple "contact-separation" will make the object charged, but friction and other factors can enhance the electrification effect.
3 Temperature and Humidity of the Environment:
△ Changes in ambient temperature and humidity will cause changes in the conductivity of the surface of the material and surrounding medium, so that the degree of leakage of the charge carried by the object through the surface of the object and the surrounding medium will change, affecting the amount of static electricity charged by the object.
△ When the environmental humidity RH> 80%, the static electricity of any object is very small; and when the RH is less than 30% and the temperature is low, the electricity of the object due to static electricity can be very large; when RH> 40%, the amount of static electricity is sharp When the RH>60%, the amount of static electricity tends to be stable. 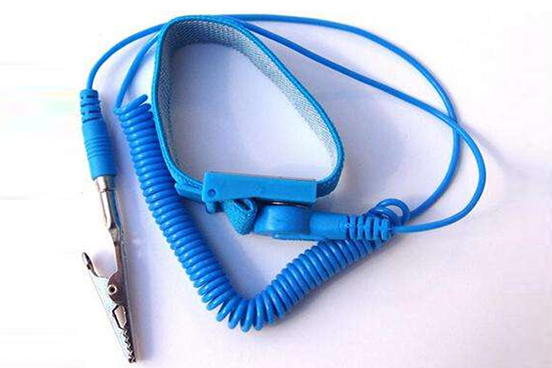