SMT (Surface Mount Technology) is an emerging industrial technology in the electronics industry. Its rise and rapid development is a revolution in the electronic assembly industry. It is known as the "star of tomorrow" in the electronics industry. It makes electronic assembly more and more popular. The quicker and simpler, along with it, is the faster and faster replacement of various electronic products, higher and higher integration, and increasingly cheaper prices for IT. The rapid development of the (Information Technology) industry has made great contributions.
Surface assembly technology is developed from the manufacturing technology of component circuits. From 1957 to now, the development of SMT has gone through three phases:
The first phase (1970 - 1975): The main technical goal is to apply the miniaturized chip components to the production of hybrid electric circuits (referred to as thick film circuits in China). From this perspective, SMT integration The circuit manufacturing process and technology development have made significant contributions; at the same time, SMT began to be used in a large number of products such as consumer quartz quartz meters and electronic calculators.
The second phase (1976 - 1985): Facilitating the rapid miniaturization and multi-functionalization of electronic products. It has been widely used in cameras, headphone radios, and electronic cameras; at the same time, a large number of automated devices for surface assembly have been developed. Developed, the installation process and supporting materials of chip components have also matured, laying a foundation for the development of SMT.
The third phase (1986 - now): The main goal is to reduce costs and further improve the performance to price ratio of electronic products. With the maturity of SMT technology, process reliability has increased, and electronic products used in the fields of military and investment (automotive computer communication equipment industrial equipment) have been rapidly developing. At the same time, a large number of emerging automated assembly equipment and technological means have enabled chip components. The rapid increase in the use of PCBs has accelerated the decline in the total cost of electronic products.

II. Characteristics of SMT:
1The assembly density is high, the electronic product is small in size and light in weight. The volume and weight of the patch component are only about 1/10 of that of the conventional insertion component. After SMT is generally adopted, the electronic product volume is reduced by 40% to 60% and the weight is reduced by 60%. ~80%.
2 High reliability, strong anti-vibration capability, and low solder joint defect rate.
3 High frequency characteristics, reduced electromagnetic and radio frequency interference.
4 Easy to automate and increase production efficiency.
5 Save on materials, energy, equipment, manpower, and time.

Three. Surface Mount Method Category:
According to different SMT process, SMT is divided into dispensing process (wave soldering) and solder paste process (reflow). The main difference between them is:
1 The process before patching is different. The former uses patch glue and the latter uses solder paste.
2 after the patch process is different, the former over-reflow oven curing glue only, play the role of the components are attached to the PCB board, but also need to wave soldering; the latter from the reflow furnace from the welding effect. 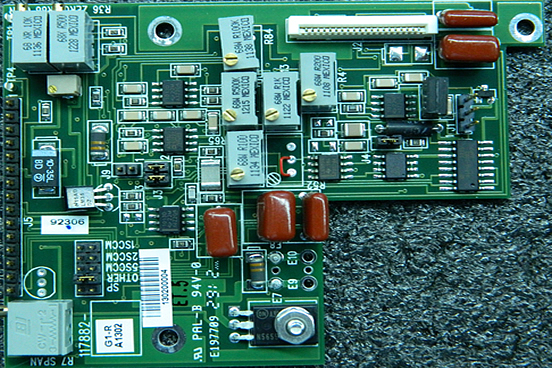